‍It consists of the presentation of a clinical case by Prof. Dr Lisa Sanders. The questions are made in real-time during the congress and scores are awarded.

In the end, the winning team (of 2 participants) will get the opportunity to go on an internship in an international cooperation mission in Africa and the chance to participate in the project “Saúde para Todos” with medical teams from Instituto Marquês Valle Flôr. The first runner-up will get to choose between a research and clinical internship at Champalimaud Foundation, in the field of Haemato-Oncology, or a one-year subscription of Osmosis. The second runner-up will be awarded the remaining prize.

For further information please read the Rules of Procedure 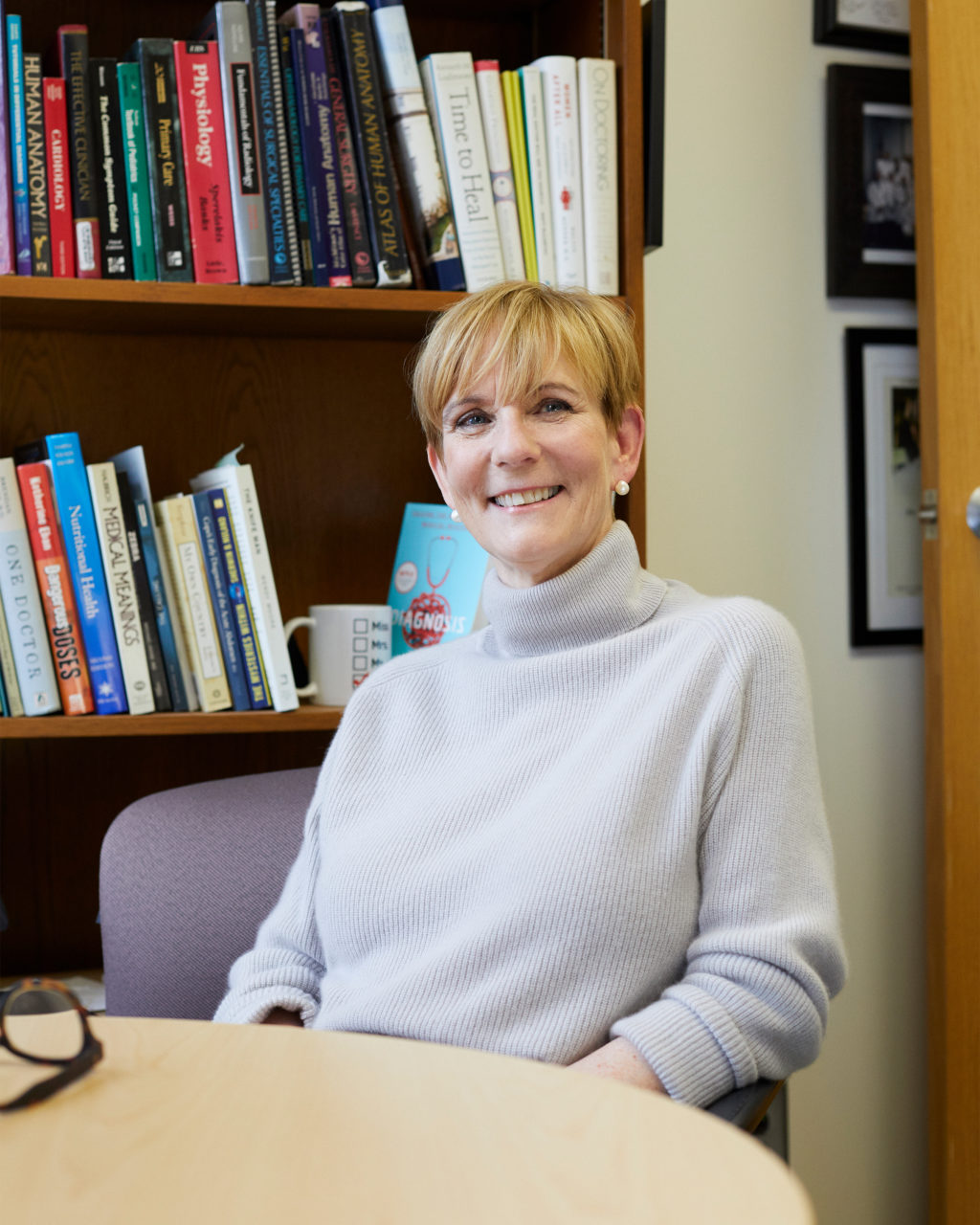 Clinical Case provided and presented by

Dr. Lisa Sanders is a clinician educator in the Primary Care Internal Medicine Residency Program. In addition to her work as a physician and teacher, she writes the popular Diagnosis column for the New York Times Magazine and the Think Like a Doctor column featured in the New York Times blog, The Well. Her column was the inspiration for the Fox program House MD (2004-2012) and she served as a consultant to the show. In 2010 published a book titled Every Patient Tells a Story: Medical Mysteries and the Art of Diagnosis. Currently she is collaborating with the New York Times on an 8 hour documentary series on the process of diagnosis, currently available on Netflix. 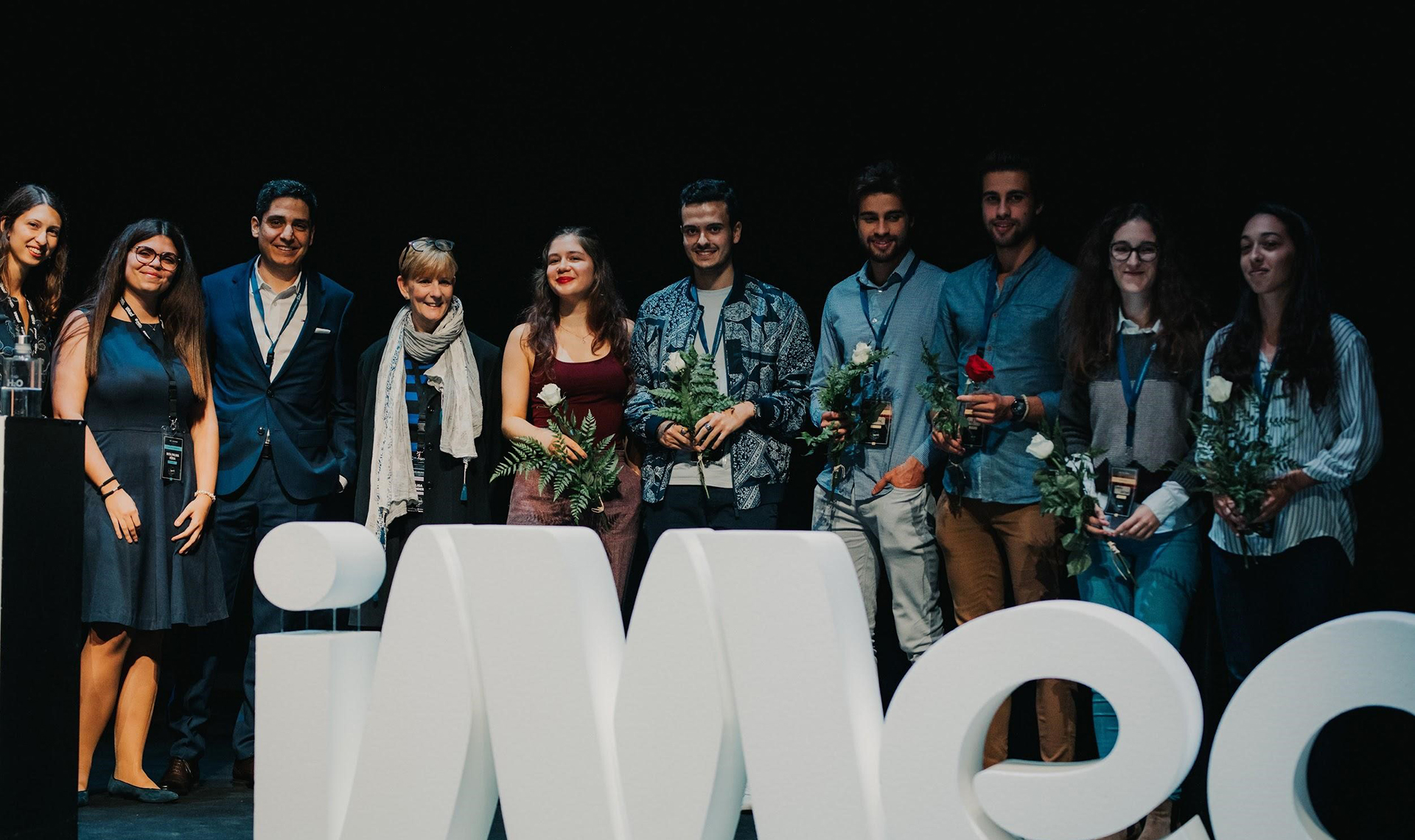 Can I enrol in this competition?

If you are an undergraduate college or master’s degree student and you are involved in a scientific research project in life sciences and have plenty of innovative ideas, then this competition is for you!

What do I need to send for my application?

In order to participate in this competition, you must read the Rules of Procedure , as well as the models for the documents needed to apply here. (Please take note that the submission period for the Innovate Competition closed on the 15th of May)

And send your application to innovate.competition@imedconference.org, with the required documentation:

For further information please read the documents in this folder or contact us at innovate.competition@imedconference.org 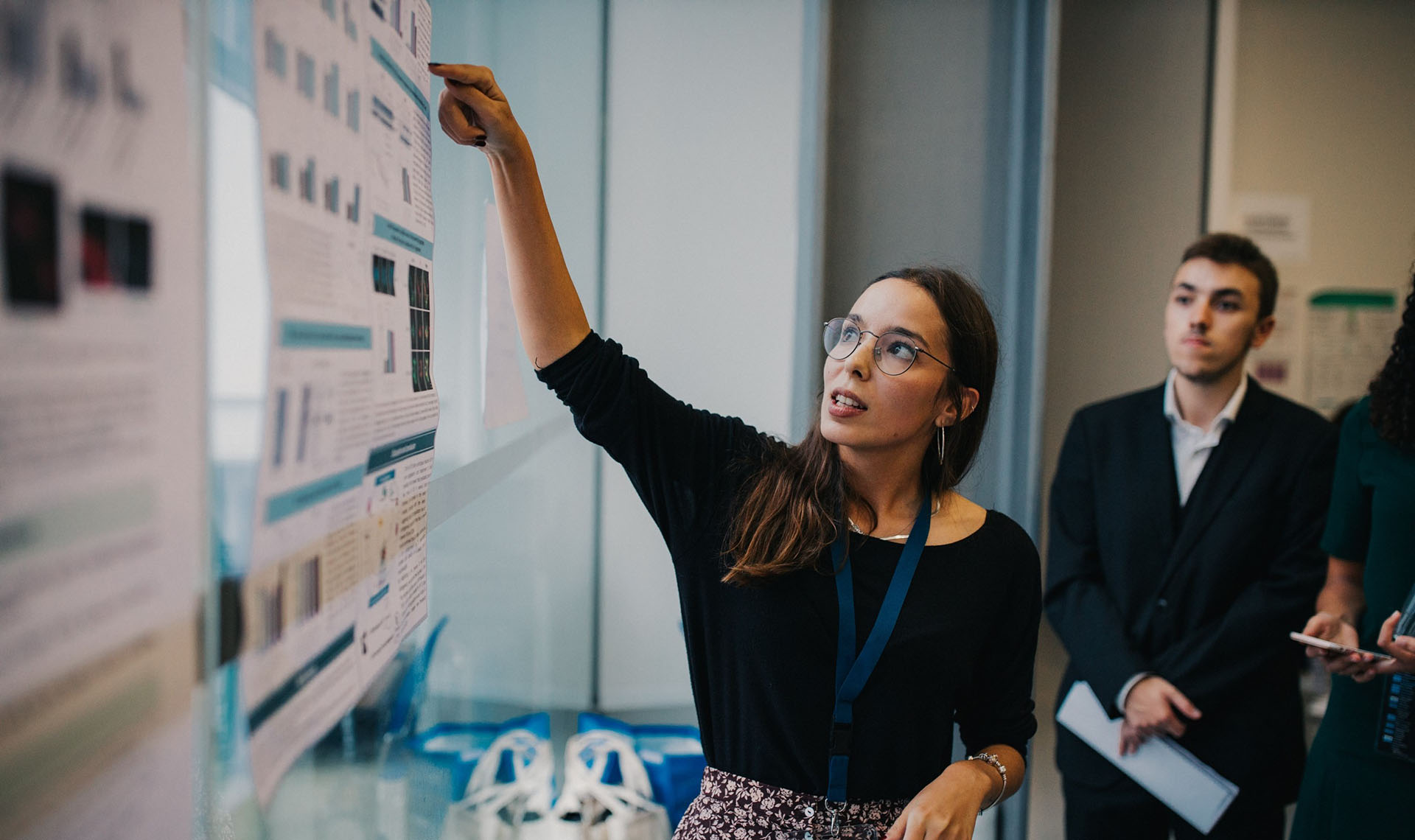 The iPitch is aimed at students currently attending a Higher Education institution, who wish to have an internship with Speakers from previous editions of the iMed Conference® and have interest in enhancing their soft skills. Such participants are invited to elaborate a self-promotion pitch directed at the desired internship location.

The iPitch awards winners with an internship programme, in a renowned European Centre, hosted by a speaker of a previous edition of the iMed Conference® with the duration of 2 weeks. The programme offers either Clinical or Research background, depending on the host’s field of work.

He previously developed a haemodynamic monitor and currently has three new monitors and two novel drugs (for sepsis and ischaemia-reperfusion injury) under development. He has been heavily involved in several important multi-centre trials in sepsis, e.g. ProCESS, LeoPARDS, CORTICUS. He is current Chair of the International Sepsis Forum, and co-led the “Sepsis-3” International Task Force for new sepsis definitions (published in JAMA, Feb 2016). 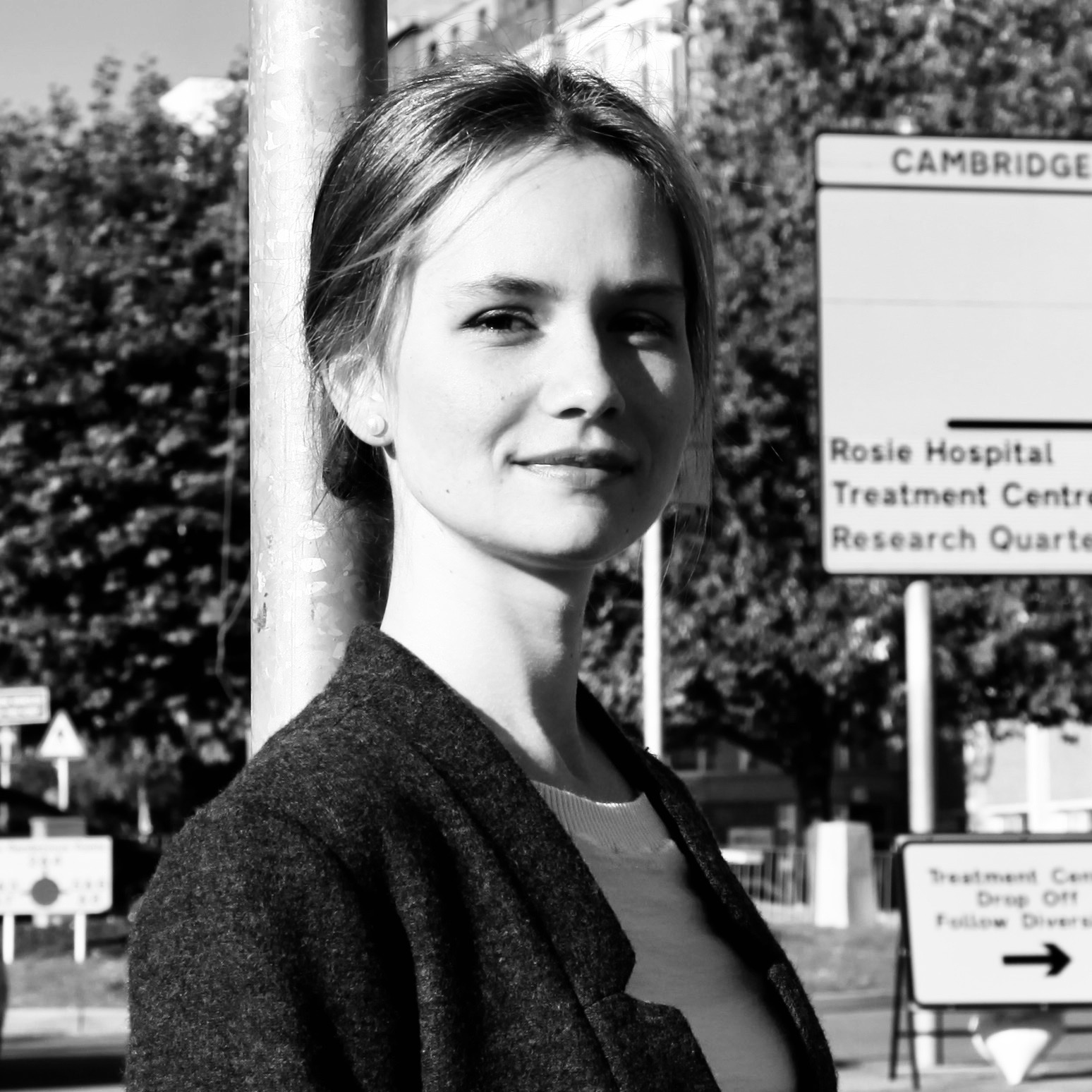 Dr. Olivia Remes, PhD, is an Anxiety Researcher at Cambridge University, where she completed her PhD. Her research focuses on anxiety and depressive disorders and uses the European Prospective Investigation of Cancer study, one of the largest European cohort studies looking at chronic diseases, mental health, and the way people live their lives.

Being such a pressing topic, her research has been featured by the BBC, Forbes magazine, and USA Today. In fact, Doctor Remes has even appeared on several radio shows and podcasts talking about anxiety and depression, as well as the impact that these conditions can have on people’s lives. Olivia is the creator and host of The Cambridge Talk Show, a weekly radio show focusing on lifestyle matters and mental health.

The outcome of the application selection process will be sent to each participant’s email.

The participants must send a pitch in video format until 31st of July in order to be selected for the next phase. This phase occurs outside the iMed Conference®, and only requires the submission of the video and enrolment information.

The 3 best pitches for each internship (6 in total) will do a Pitch for Jury B on the iMed Conference® 12.0 – Lisbon 2020 competition day.
Prior to the final presentation, the 6 chosen pitches will be awarded a free Public Speaking Course by Speak & Lead, giving them an opportunity to enhance their soft skills for competition day.
The Pitch will be assessed by the members of Jury “B" on predefined criteria. The final score is the average of the members’ score.
‍
The best presentation of each modality receives the iPitch Competition Award (which will be available to finance the two internship programmes, proportionally assigned to each student according to the location of the internship).

The Pitch must be in video format (.wmv, .mp4, .avi), in English, and should not exceed 3 minutes. It must be sent to ipitch.competition@imedconference.org.
Along with the video, participants must send Proof of High Education Enrolment for the academic year of 2019/2020, desired internship placement, as well as their email and phone number at which they can be contacted.

You may find the Rules of Procedure of the iPitch competition, as well as the models for the documents needed to apply here. If you have any questions or require more information, please send an email to: ipitch.competition@imedconference.org

What are some examples of content for the video?

A pitch consists of a 3-minute oral presentation, in English, with no audiovisual support, intended for the receiving host, and whose purpose is to convey why he/she is the right person for the internship. The pitch should include important content such as:

1 – Personal introduction;
2 – Motivations – Why is the internship with this host important for you?;
3 – Qualifications – Why should the host choose you?;
4 – How do you see yourself in 10 years?;
5 – Closing remarks.

What are we looking for?

Your content should reflect specific objectives, answering the main appointed questions. Your answers should be relevant and exact regarding the internship. Motivation is something hosts hold dearly and as such should also be taken into account.

As to clarity, a fluent and coherent pitch with appropriate vocal placement and pronunciation is generally essential to convey your message. We will also be on the lookout for your lexical resources.

Charismatic pitches are a sure way to grab attention so be sure to look confident and decisive. Creativity is valued since you’ll be competing with many others for the same internship. Also, don’t forget to be careful with your body language.

Can I apply to both?

Each Pitch may only be directed at a single internship vacancy. In case the participant intends to apply for both vacancies, two different pitch submissions are required. Preference of internship must be appointed as the applicant may only win one internship. In case both submissions pass to the final phase, in Jury B, only the preferred destination may be presented.

What are the accepted video formats and what email adress should I send it to?

The accepted video formats will be .wmv, .mp4, and .avi. You must send the video to ipitch.competition@imedconference.org.

After submission, the video will be assessed by Jury A, responsible for finding the 5 best videos for each internship, subject to the Host’s approval. Three of these will pass on to the final competition, on the iMed Conference 12.0, where you’ll have to present your pitch to the audience and jury B, in charge of rewarding the winning pitches, one for each internship.

When will the internship take place?

The start date of the internship will be decided according to both the student’s and the Host’s availability and must take place until 31st December 2021.

Can the internship duration be extended?

The duration of the internship is by default two weeks, however, its extent may be subject to change as long as both parties involved, the Host and the participant, agree with such terms. 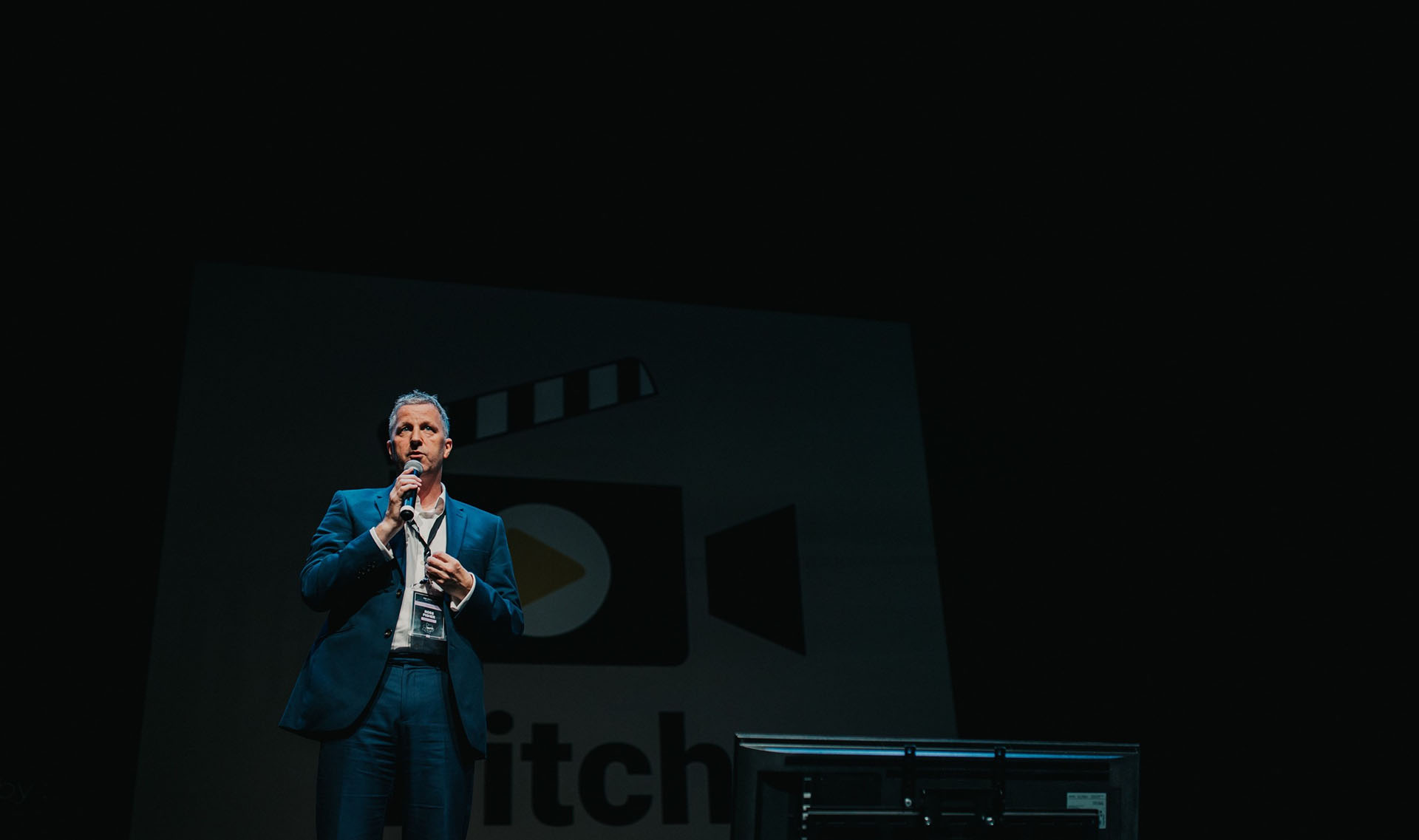